View All Guides Get Help

Israel has three public access television stations, Channels 1, 2, and 10. Everyone with a television in Israel has automatic access to these three stations.

In addition to publically available TV stations, Israel has both cable and satellite TV providers that offer packages of hundreds of Israeli and international television stations.

When signing up for cable or satellite TV, you are usually required to pay a one-time setup fee, as well as a deposit on the satellite/cable box. There is also a surcharge for each additional box you wish to have.

Companies often have deals for for students, Olim Chadashim, and soldiers, so make sure to ask when you sign up! 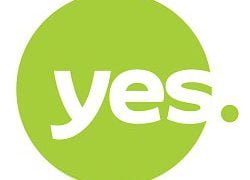 Why pay for TV or Cable when you can watch what you want online for free? Not just do most Israeli tv stations offer free streaming from their websites, with a bit of work you can also legally access US streaming services like Hulu or Netflix.

For an always up-to-date guide to streaming blocked content overseas, read this article on Lifehacker.